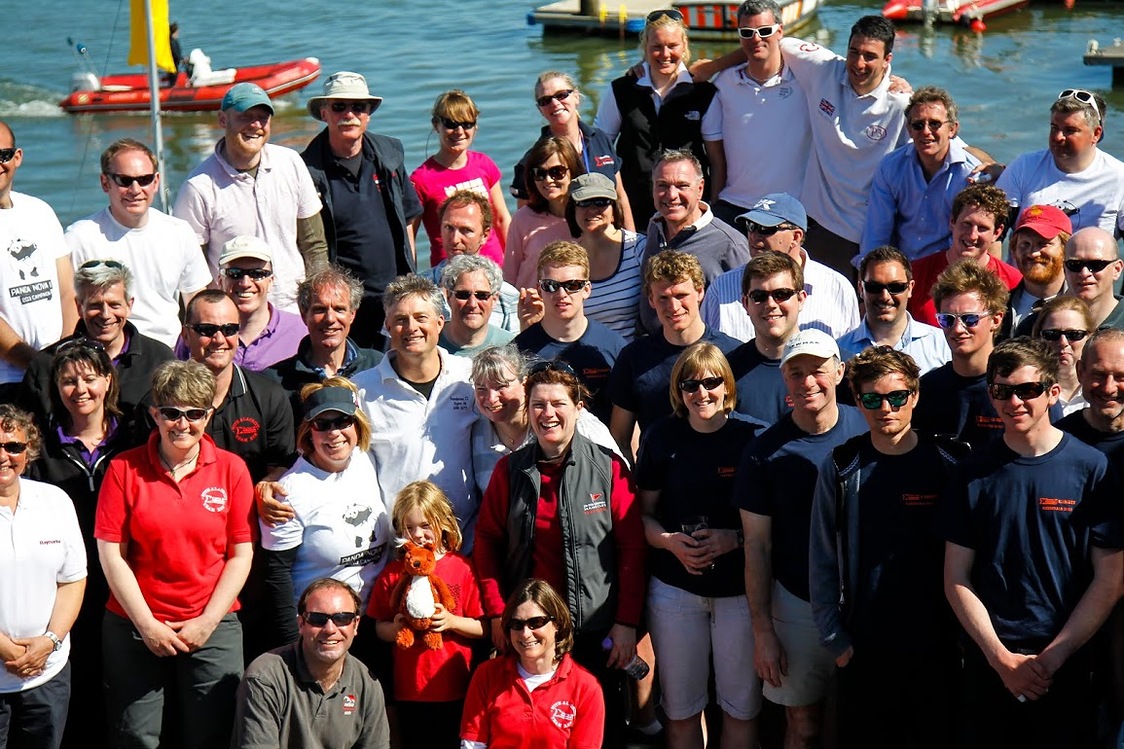 The Sigma 38 Offshore One Design celebrated it’s silver jubilee in 2013 and the evidence of recent years strongly suggests the Class has found it’s identity and is sailing forward into the next twenty-five years with strength and confidence.

The Sigma 38 was born in 1985 when the Royal Ocean Racing Club and the Royal Thames Yacht Club, in wake of the tragic 1979 Fastnet Race, agreed to sponsor a new one design that would stand up to tough offshore conditions. A committee of top yachtsmen decided to adopt the design of David Thomas who had already designed the successful Sigma 33. Built by Marine Projects in Plymouth with a sail wardrobe from North Sails, the Sigma 38 became extremely popular. A total of 125 yachts were built, the last Sigma 38 in 1993. Large fleets were established in Scotland, Ireland, on the East Coast and particularly on the South Coast. The Class Association was established in 1988. Many changes, including introducing new sail makers, have been introduced to the rules to maintain the competitive nature of the fleet.

When the class was born, back in the late 80s, we were fashionable, trend setters. A huge variety of people, even Royalty, dipped their toes in Sigma 38 waters, stayed for a few seasons and with several notable exceptions, moved on. Later, in a second wave of popularity, the boats found favour with charter companies and sailing schools, which possibly diluted the level of competition in the mid fleet.

At the beginning of the 21st century through the efforts of a number of dedicated, influential owners the class entered a positive third wave. Sigma 38 ownership now is strongly characterised by Corinthian sailing families. The friendly, welcoming nature of the class, the Class Association with advice and even training events, the attractive price point for a well found 38 foot offshore yacht, and the fact that Sigma 38’s can be very successfully raced one weekend and cruised the following week with minimal alteration, is testament to that.

The tough, enduring Sigma 38 takes pride in regularly being the most represented production boat in RORC and JOG races and having one of the largest one design entries in many regattas. The year round, nail biting racing programme has something for everyone whether it is fast and furious round the can action, coastal races, double handed or all out tough offshore classics. The social benefits of the Sigma 38 Class Association really kick in with the camaraderie at the various event organised by the committee. The Annual Dinner Dance and Prize Giving is always a huge success with crew showing as much energy on the dance floor as on the racecourse! The National Championships always generate huge amounts of fun with the inevitable late nights spent discussing racing tactics and future cruising over a few beers. Suffice to say the Sigma 38 fleet puts as much effort into on-shore activities as it does to racing.

So, now we are older, and the fashionistas have moved on, the enduring attraction in the fleet is its precious one design status. This is coveted by many in the sailing world, who see Sigma 38’s out racing with one design class starts and marvel at the Class’s enduring appeal. It’s fair to say that most of the boats , whether at the top, middle or bottom of the fleet are sailing with limited budgets and the relatively inexpensive racing on offer attracts a particular group of sailors to the Class;- People with perhaps more talent than cash, with aspirations to achieve,  maybe to go offshore with friends and family in relative safety, maybe to undertake a Fastnet Campaign or two and possible to sail off over the horizon be it along the British Coast or all the way to the Caribbean. For many, the Sigma 38 is their first real offshore boat.

Importantly, owners and crews come together to create a community with a common interest and identity. It’s no surprise therefore, that a high proportion of people buying into the Class and finding boats themselves, do so after serving a season or more as crew on a Sigma 38.  The sentiment is perhaps – “if they can do it, so can we!”

Todays owners tend to stay for longer and though almost exclusively Corinthian in nature, it is widely recognised that the standard of racing is as high or higher than it has ever been.

Sigma 38s are an enduring future classic, all rounders, in a very real sense.