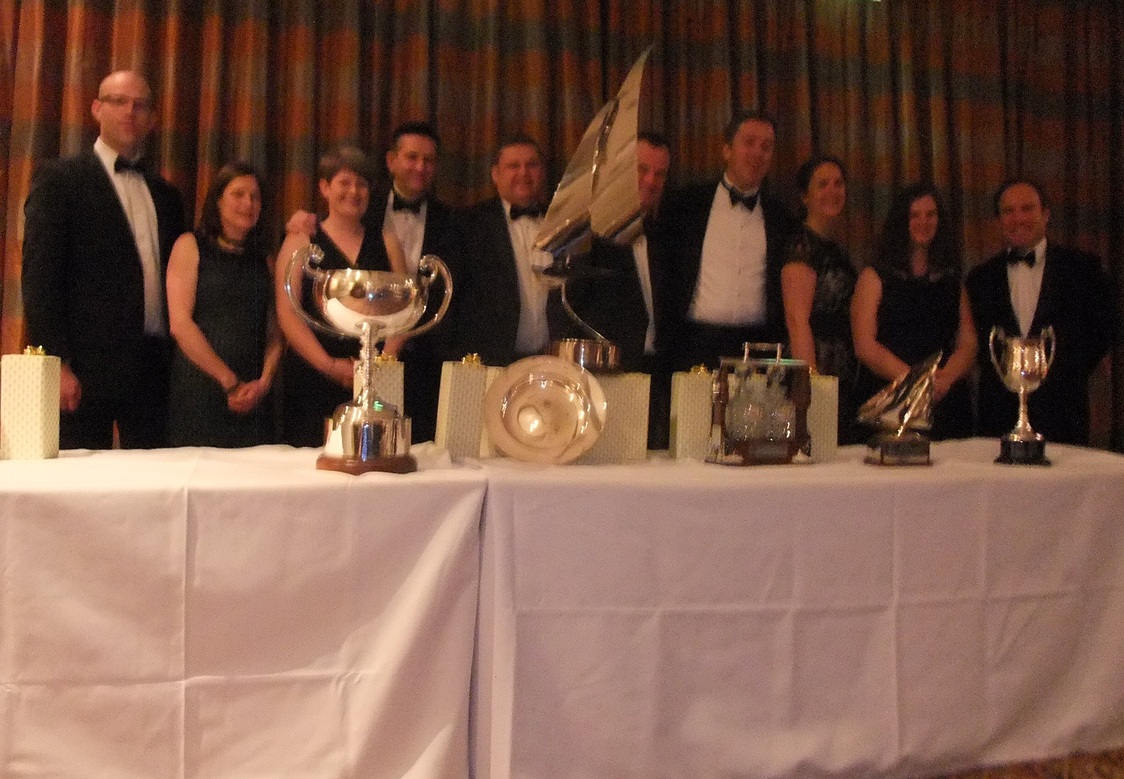 At the Sigma 38 Annual Party and Prize Giving on Saturday an abundance of trophies and prizes were presented in recognition of racing successes over the year. Ten different boats were rewarded with silverware and hand engraved glassware from Dartington whose British heritage perfectly complements the British, One Design, Sigma 38 yacht.

Chris and Vanessa Choules and the crew of With Alacrity were crowned the 2014 Sigma 38 Grand Champions for their consistently strong performance throughout the year. Wins in the National Championships, the Round the Island Race and Cowes Week as well as strong results in every event they entered secured the championship. This strongly Corinthian team are stalwart ambassadors of the Sigma 38 Class.

Perhaps most appropriately for Burns Night itself Scot, Andrew Gordon, resplendent in kilt, with his wife Anna presented their Spirit Trophy, which is awarded to a boat that deserves special mention. The worthy recipients were Howard Morrison, also a Scot and the Enigma crew for winning the IRC Scottish Championships. Howard Morrison was thrilled to receive the trophy, saying "my crew and I are delighted we can further the collective interest and display the perennial capabilities of the Sigma 38 yacht to a far flung and on this occasion, Scottish audience!"