With Alacrity is the 2016 Sigma 38 National Champion 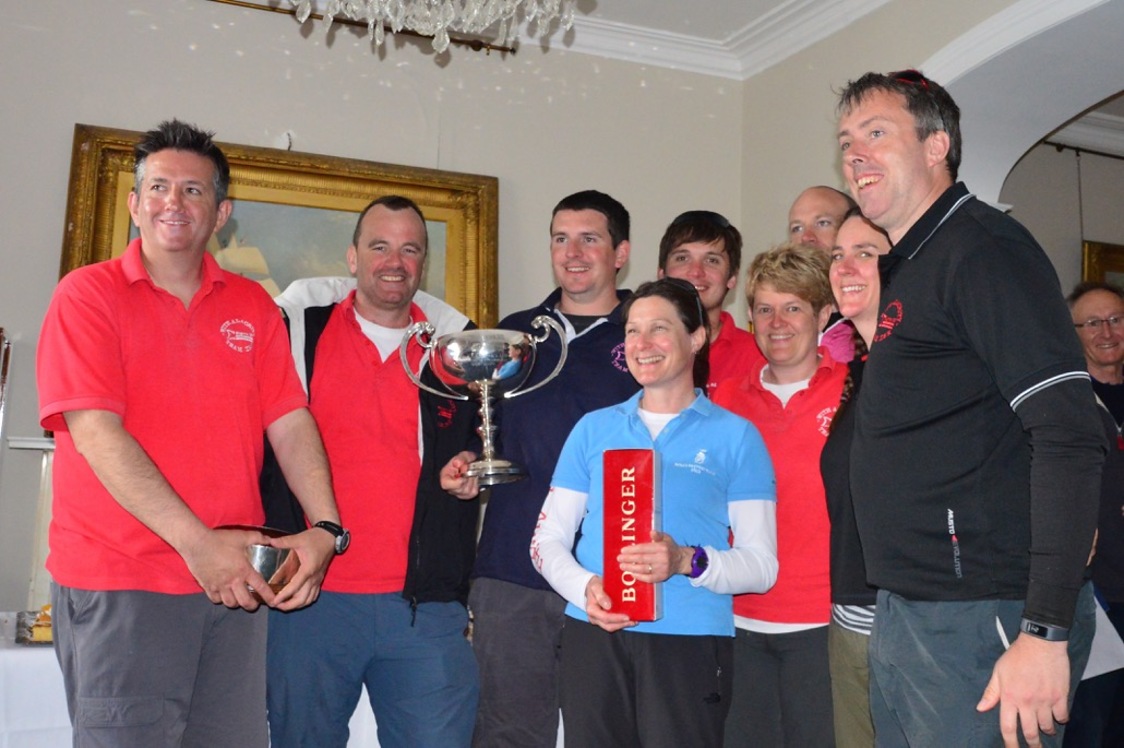 The With Alacrity Racing Team, otherwise know as the WARTs won every race in the Sigma 38 National Championships to become the 2016 National Champions. With Alacrity owned by Chris and Vanessa Choules is crewed by a group of close friends. Chris Choules said "This was our 10th Sigma 38 Nationals so very pleased to come out on top, probably the best we have sailed at a Nationals and we needed to as we were pushed hard in every race. Fortunately the shifty conditions suited us and gave us the chance to recover from some poor starts - having such a talented team on board made my job easy, essentially as skipper I do what I am told!" Sam triumphed over Machismo II in an incredibly tight battle to take second place by only one point. Sam just arrived in time to compete in the Championships as Peter Hopps had only stepped ashore earlier in the week, completing yet another single handed crossing from the Caribbean. Tim Levitt's finally honed team on Machismo II was competing in only their second National Championships.

The long weekend saw a variety of conditions ranging from incredibly light winds on the Saturday, when only two out of the three scheduled windward leewards were done. By squeezing in an extra race on Sunday in moderate wind the Royal London Yacht Club Race Committee completed all of the races despite the exceptionally crowded Solent. On Monday the fairly heavy, gusty winds meant crews had had to adapt their skills across the wind range.

The glorious sunshine on the first two days also helped the "buddy scheme" initiative. Boats with more racing experience were teamed up with newer boat owners or boats that have less racing experience to encourage discussion on the day's racing, ask questions about sail trim, manoeuvres, roles and tactical decisions and generally swop ideas. With all competitors moored in Cowes Yacht Haven, inter buddy sailing discussions could be heard over lemon drizzle cake, tea and, obviously, something stronger! The Sigma 38 Class is constantly developing ideas to encourage and help boats get a foot on the racing ladder. This commitment to developing teams was demonstrated by David Linton's Sigmania taking fourth position and winning most improved boat.

Thanks goes to our main sponsor Elvstrøm UK who provided some fantastic prizes for the top 3 boats and to OneSails for providing t-shirts for spot prizes.