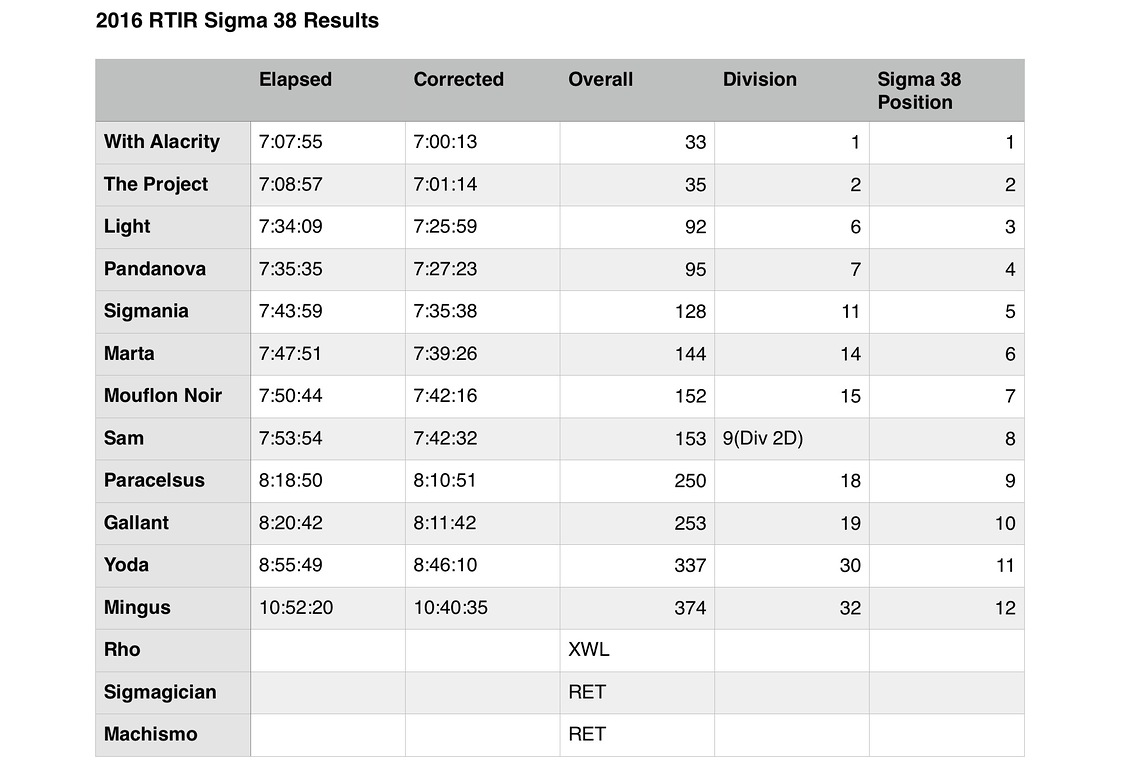 The 2016 RTIR will go down as one of the most exciting races ever. The fleet of 1533 entries saw testing conditions with gusts of up to 40 knots round the back of the island and lumpy sea conditions. The twenty Sigma 38s entered effortlessly lived up to their reputation as a robust competitor when the going gets tough. With Alacrity won IRC Division 2C completing the course in seven hours, seven minutes ensuring their highest ever overall position a fitting present for Chris and Vanessa Choules celebrating their 10 wedding anniversary. With Alacrity we're delighted to have won their division for the first time. Just over a minute later Andy Budgen and his team on The Project finished second in the division made up of 40 boats. Richard Kern's Light was the third Sigma 38 across the finish line finishing sixth in the division. The overall results saw With Alacrity 33rd overall and The Project 35th. Along with Light and Pandanova the four top Sigma 38s finished within the top 100. Good performances were also put in Mouflon Noir finishing 15th and Gallant, 19th in the Division. Recognition must also go to Andrew Thresher and his crew on Mingus in 374 overall competing in their first RTIR and hence assuring all Sigma 38 Class Association boats finished in the top 25%! Congratulation all on excellent results. 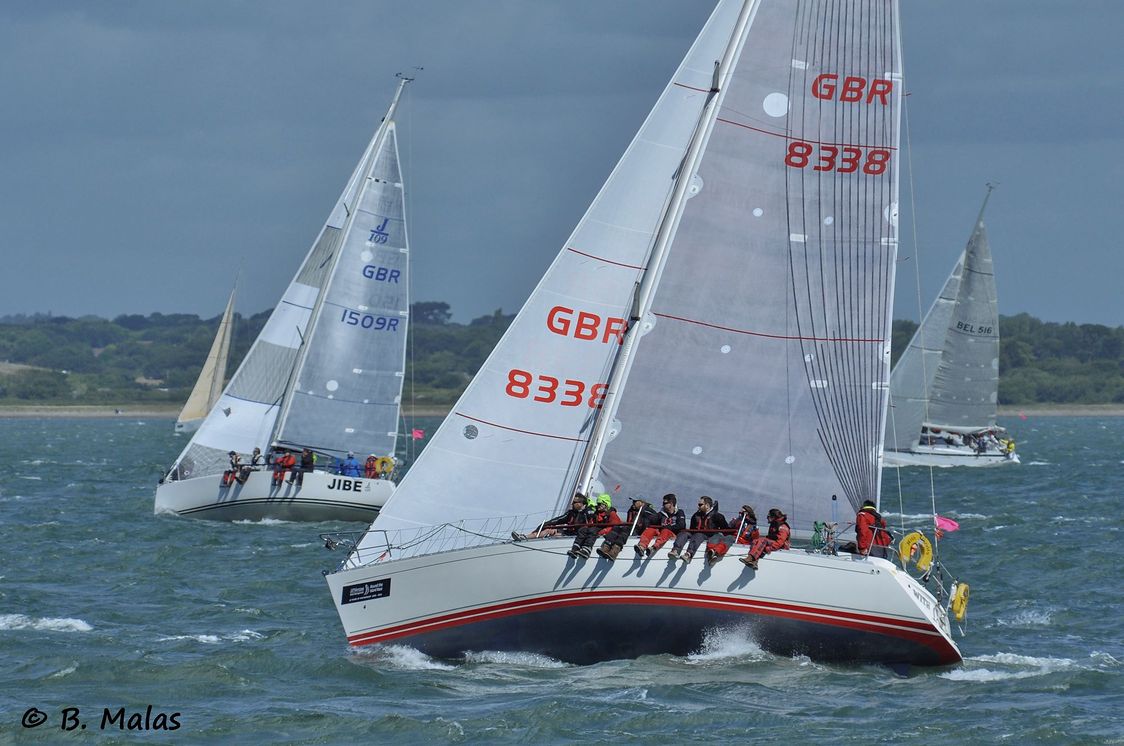