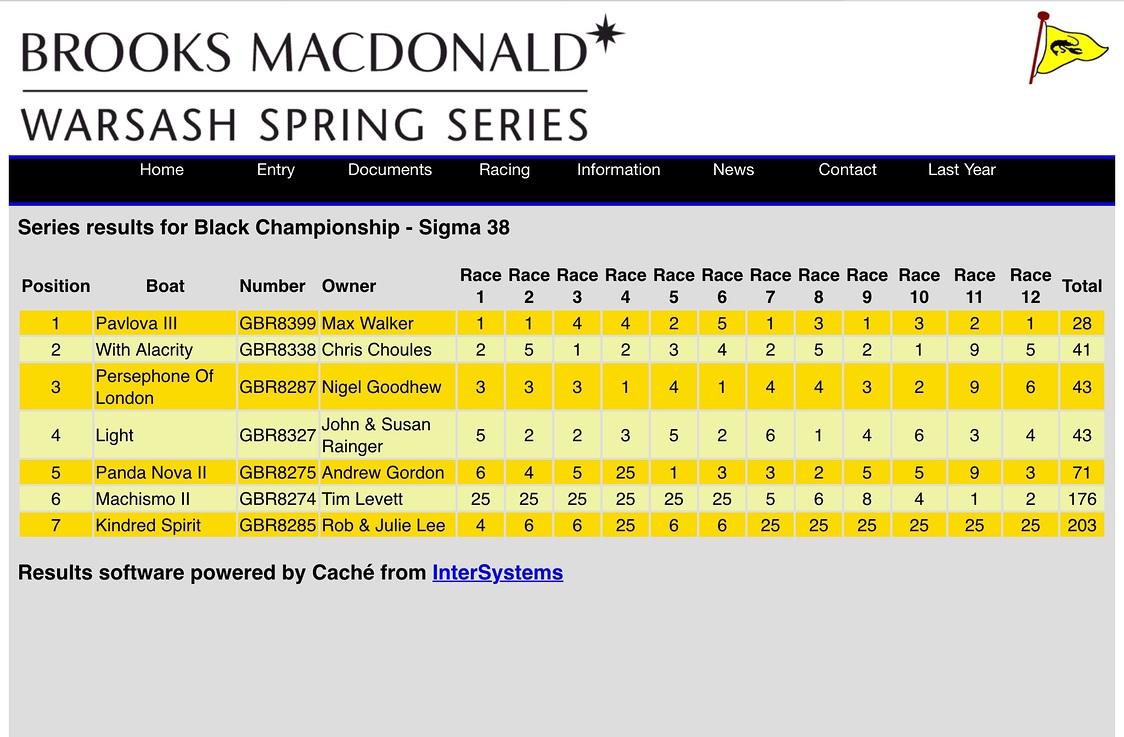 Another action packed weekend with 6 Sigma 38 crews out on the race course. The championships have seen some outstandingly close racing within the fleet but with no discards and black flagged starts there was disappointment for some seasoned competitors. Once again there were 4 different winners in the 6 races, Pavlova boldly won 3, With Alacrity solidly won 1, Light cunningly another and new comer, Machismo another. Light took a bullet in IRC and With Alacrity were only 12 seconds off one. Having completed 12 races in all congratulations go to overall winner Pavlova, with 5 wins. A strong performance after a few years absence.

But the really story this weekend is about a Fast, Furious and Black Sigma 38. Tim Levett's just launched Machismo came out onto the race coursewith a confident swagger and strongly demonstrated that there is a "new kid in town." What a fantastic accolade that 30 years after the first Sigma 38 was launched a stunningly refurbished example can be highly competitive and turn heads amongst the IRC fleet that fields so many brand new, highly expensive designs. The Class Association is thrilled to welcome Machismo.

The only slight dampener on the series was a number of boats suffered collisions. Perhaps we all need to remind ourselves that yacht racing is not a contact sport.