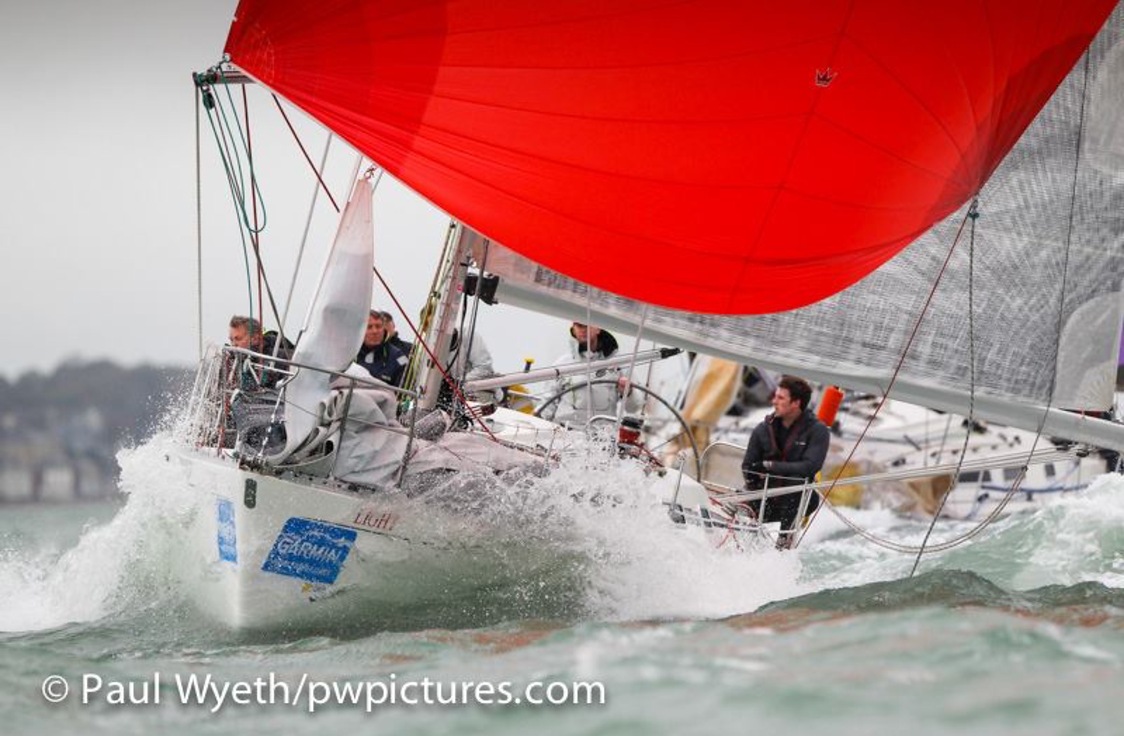 The weather for day 5 saw the end of the balmy, calm conditions from the first half of the Winter Series with a bleak, windy day with both big gusts and shifts. Certainly conditions more suitable to Sigma 38s against the lighter boats within IRC 3. In the Sigma 38 class Persephone finished first beating With Alacrity by only 15 seconds. Marta was third despite being marginally late for the start. Within IRC 3 Persephone was second by only 31 seconds and With Alacrity, third. Both Light and Kindred Spirit were involved in recovering a man overboard from another class. Light picked him up under sail and Kindred Spirit stood by. Both boats will be given redress by the race committee.